How SCADA and IoT Equipment Monitoring Can Work Together 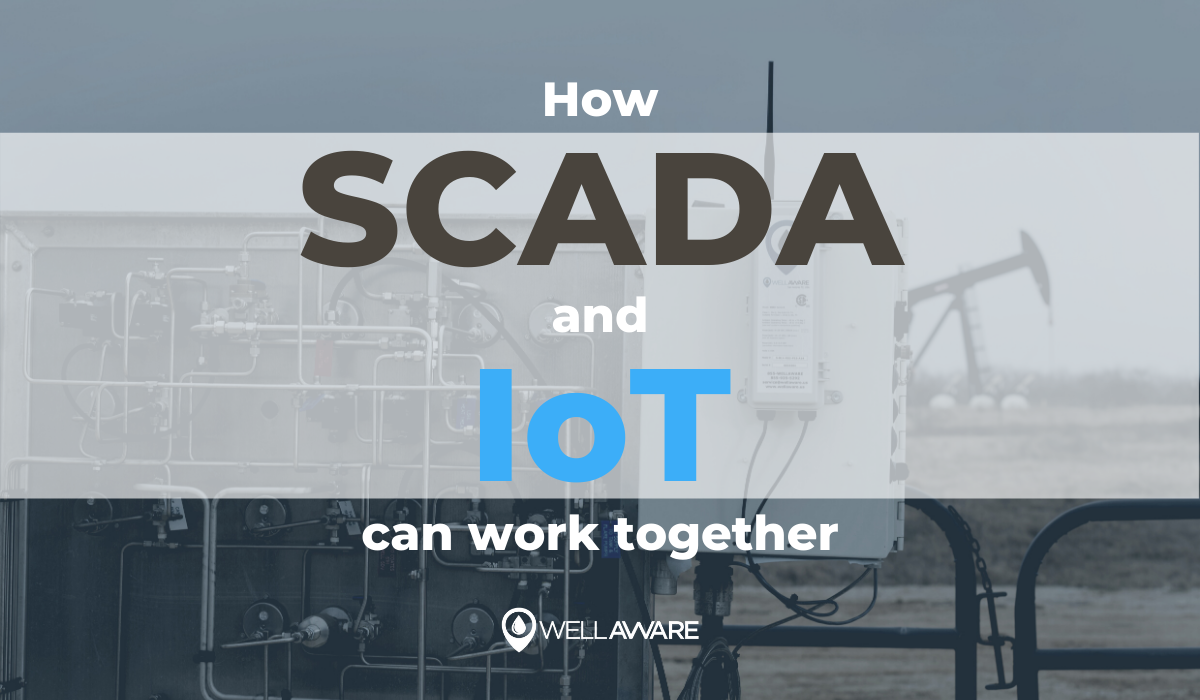 The SCADA versus IoT debate is one of the more heated discussions consuming industrial IT departments today.

SCADA teams are protective of their “babies,” defending vast data acquisition networks of sensors, gateways, and RTUs. They’ve invested tremendous time and capital to help their teams get the data they need in harsh and hazardous environments, and they don’t want others messing with what they’ve worked so hard to build and maintain.

On the other side of the table, many other functional groups in the industrial office, including production engineers, just need real-time access to process and equipment data as quickly as possible, for as little as possible, and they get frustrated with legacy systems like SCADA.

These two sides argue back and forth, regurgitating reasons and anecdotes about the best way to monitor and control equipment and assets. In these conversations, the lines separating SCADA and IoT get blurred, making it hard to parse out the truth about how to use these technologies effectively.

Ultimately, nothing changes, people forget about the issue, and things return to the status quo. But the reality is that there are clear differences between SCADA and IoT, and those who understand these differences can create immense value for their organizations.

At WellAware, we enjoy educating customers about how SCADA and IoT can coexist. It’s entirely feasible for industrial companies to keep their SCADA teams while still adhering to company policies and data privacy laws under IoT. In other words, these businesses can expand and augment SCADA without adding operational complexity or risk.

The key lies in understanding how to properly marry SCADA and IoT in such a way that enhances processes, increases revenues, and decreases costs. SCADA and IoT can play nice in modern industry, and we’ve got some thoughts on how.

One approach you can use to bring SCADA and IoT together is to connect “stranded” assets - those that have no remote monitoring installed - using modern IoT technologies. This opportunity exists because most companies don’t use SCADA for every asset under their purview.

However, production engineers wish they could add more to their SCADA systems, according to findings from a recent WellAware survey. IoT can help production teams access data from these stranded assets and expand a company’s data acquisition efforts altogether without placing an additional burden on the SCADA team. 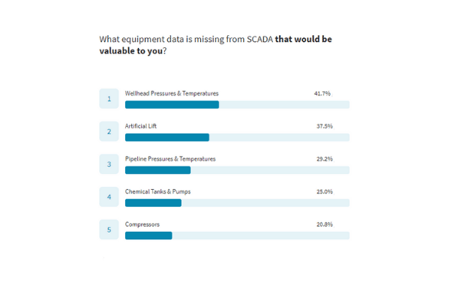 According to a WellAware Survey, 40% of production engineers want to add data from additional assets to their analysis.

But why not just extend SCADA’s reach?

SCADA typically only addresses critical assets (i.e., assets whose failures could create severe safety, environmental, or business risk when they fail) because of how complex, bulky, and expensive it can be to implement. SCADA also requires a lot of capital to upgrade. As a result, it often doesn’t make economic sense to connect peripheral assets to SCADA.

Of course, if operations teams had access to this data, it would add incremental value to the business - and maybe even enough to offset the capital costs - but the risk is not worth the investment in most cases. IoT is the perfect candidate to plug this gap, especially under the right payment model.

For example, under a subscription model, engineers can create data streams for peripheral assets without tapping into their CAPEX budgets. In doing so, they can start collecting and delivering reliable, low-cost information directly to the point of need without having to spend a ton of money. Plus, engineers wouldn’t have to bog down SCADA teams who should be focused on maintaining mission-critical systems.

So, extending SCADA to stranded assets via IoT is a win-win situation all around.

Cybersecurity concerns are a major sticking point for adopting IoT. Talk of the “cloud” and public internet connections have a tendency to make industrial executives and IT teams nervous.

The truth, however, is that some IoT platforms are even more secure than SCADA - it’s a matter of nailing down essential security requirements and aligning IoT vendors and SCADA/IT teams. And there is a lot of momentum in this direction.

Most industrial companies are transitioning to cloud data infrastructure already. Leaders are trusting IoT vendors more and more to create connections that fulfill security policies and transport field data safely to scalable data lakes. And this is where the line between SCADA and IoT does get a little blurred - SCADA teams are now having to figure out how to configure IoT under existing security policies.

Note: some companies avoid IoT completely because they don’t like the idea of their data traveling through another “cloud” before it hits theirs. But, if you think about, so much data produced by industrial companies does this already.

For instance, those who use cellular as a SCADA backhaul network allow their data to pass through cell provider clouds. Those who work with public cloud vendors, like AWS or Azure, let their data enter those clouds as well.

Many industrial companies are still hesitant to trust external cloud providers despite the fact that cloud might offer a security upgrade over existing infrastructure.

In any case, these providers have security policies that ensure data privacy and sovereignty for their consumers. And IoT vendors can absolutely do the same.

One benefit of working with any vendor is that when data passes through the vendor’s cloud, customers have an opportunity to leverage other services that the vendor offers. For example, cellular service providers offer connection management and network operations centers, while cloud service providers offer data warehousing, document storage, and load balancing, security services, and more.

With an IoT vendor, specifically, there are similar advantages - access to analytics engines, dashboarding, alarming, reporting, and derived data services, to name a few. In general, good IoT vendors will provide a host of value-added services - often with service level agreements - for new data streams that you don’t want to pass up.

Long story short, do your due diligence on your potential IoT vendor’s security policies to ensure they are aligned with your own. The good thing is that this is easier to do than it sounds.

Now, the BEST WAY to make IoT and SCADA play nicely is to integrate them!

It’s relatively simple to integrate IoT data streams into SCADA, as well as other tools, like business intelligence (BI), production accounting, artificial lift optimization, etc. So, if SCADA - or something else - is your tool of choice, but you want to expand your monitoring capabilities in a cost-effective manner, you can do so with IoT, provided the IoT platform carries the right integration technology. 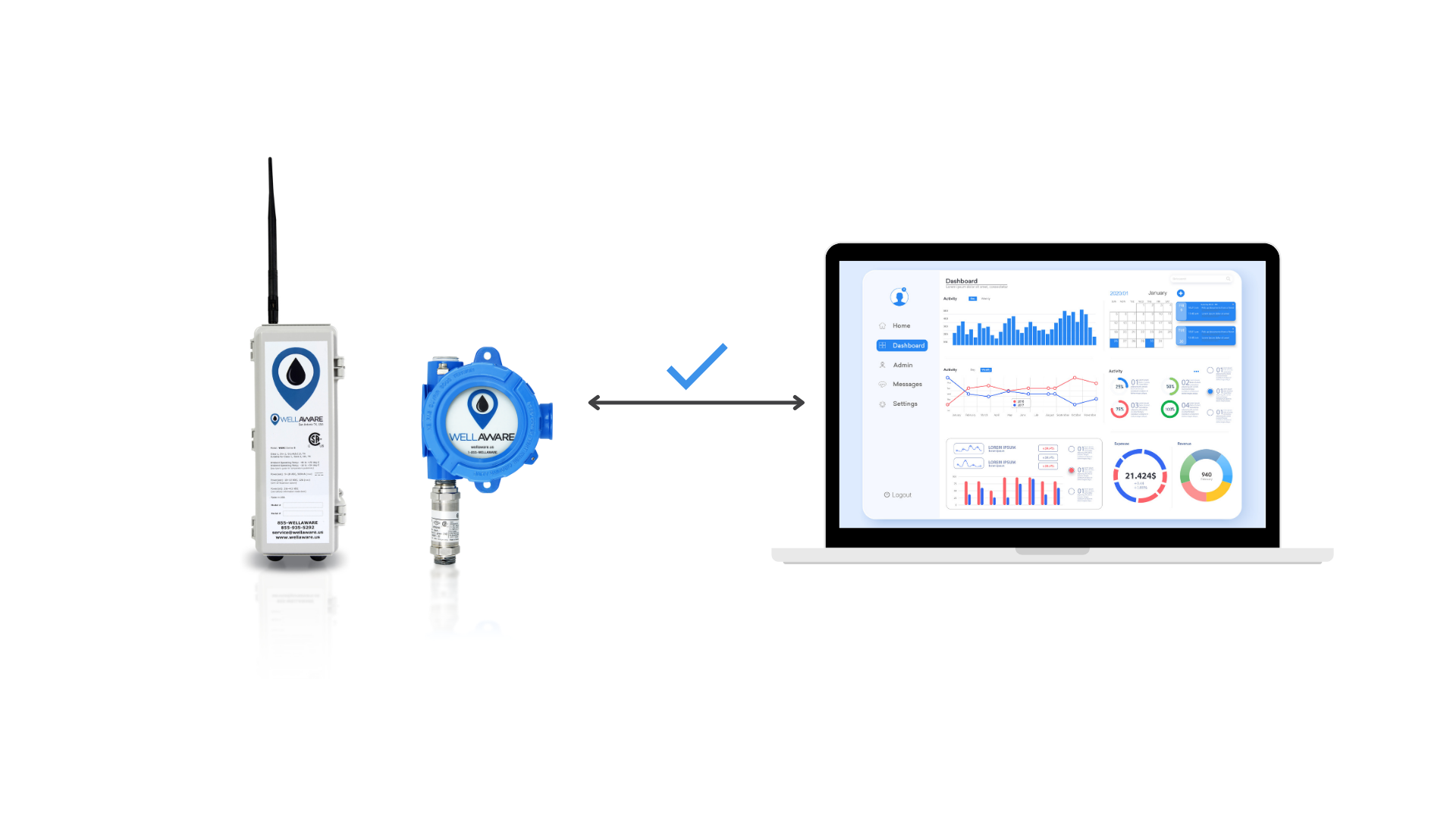 Many IoT platforms include off-the-shelf integrations to your existing workflows.

Today’s IoT vendors have significant experience creating external integrations, so you don’t have to venture into uncharted territory alone. And the right vendor will provide support for many integration protocols to convert data into proper formats. This data can then be automatically delivered to external applications, such as SCADA.

With some IoT vendors, this type of support is one of those “value-added” services mentioned in the previous section. You can also take advantage of data cleansing, normalization, and structure straight into your tool of choice, whether that’s SCADA, BI, or something else.

Both the opportunity and expertise are out there. You just have to take the time to find both.

Keeping the Ultimate Goal In Sight

Transitioning from SCADA infrastructure can seem daunting. But despite all the concerns, IoT is a viable option for expanding and augmenting SCADA, and it’s not as complex as it appears. If you take the right steps and ensure your vendor’s goals and policies align with yours, you’ll be fine.

Also keep in mind that your end goal doesn’t change with your decision to add IoT on top of SCADA - you are still looking for accurate, reliable data from critical operations equipment to enhance decision-making and accelerate business results.

Both SCADA and IoT can deliver on this vision - it’s more a matter of using each in its appropriate scope and getting them to work together.

How to Export SCADA Data into Production Software