Everywhere you look, signs of the holiday seasons have appeared. Carved pumpkins have rotted and been discarded in favor of string lights and inflatable Santas, your local gym is playing Jingle Bells, and Starbucks is serving those (unbearable) pumpkin spice things they call coffee 🤮.

And while the signs of the holidays might bring joy and merriment for most, they also harken to colder temperatures that, historically, have spelled trial and tribulation for the oil & gas industry in the United States.

Each year, oil & gas production and sales in the United States take a little tumble as the weather turns colder. Like most other commercial and industrial activities, oil & gas production is not immune to the challenges that cold weather brings. Power outages and icy roads keep wells from pumping and workers from fixing, resulting in downtime and lost production. In general, these effects can be minimized through effective planning and preventive maintenance.

However, things all came to a boiling point (or perhaps, a freezing point?) last winter, as temperatures in Texas reached record lows thanks to unusually cold temperatures that culminated in Winter Storm Uri.

Between December of 2020 and February of 2021, Midland - the economic and operational epicenter of the Permian Basin - experienced 61 days where the temperatures dropped below freezing. That’s over two-thirds of all days in that time span, and a twofold increase in days below freezing compared to the prior winter.

What’s more, the Midland area experienced 15 days where the low temperature not only dropped below 32 degrees Fahrenheit, but the average temperature was below freezing. The prior winter, the area had only 2 such days.

The results were catastrophic.

In February, the month that Uri reared its cold, ugly head, production plummeted. Oil and gas output dropped to 105 MMBBL and 664 BCF, a decrease of 18% and 16%, respectively, even accounting for February’s shorter timespan. 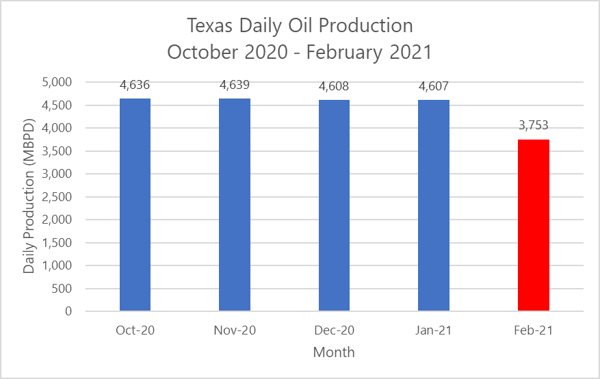 These numbers are alarming, representing over $90 million per day in lost oil & gas sales at the average sales prices for hydrocarbons at the time.

And while this past winter was particularly unkind to the energy industry, the trend of lost production due to cold weather is not uncommon.

According to data presented by BTU Analytics, the Permian Basin, in particular, has experienced production losses of between 6-10% in some of the colder months since 2011, when the number of days below freezing exceeded seasonal norms. 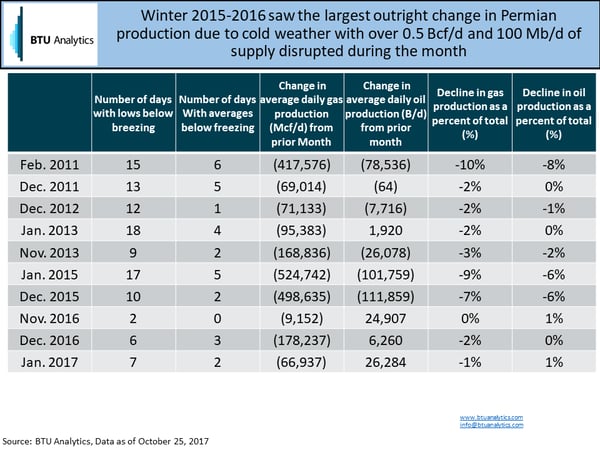 If we take a closer look at the data provided in this table, showing significant cold spells between 2011 and 2017, we actually notice a trend, and while the correlation isn’t particularly strong, it is interesting.

Put simply: the more freezing days we experience, the more production we lose. And if you look at the trendline, the data suggests that for every additional day where the average temperature is below zero, we should expect to lose roughly 1-1.5% of total production. 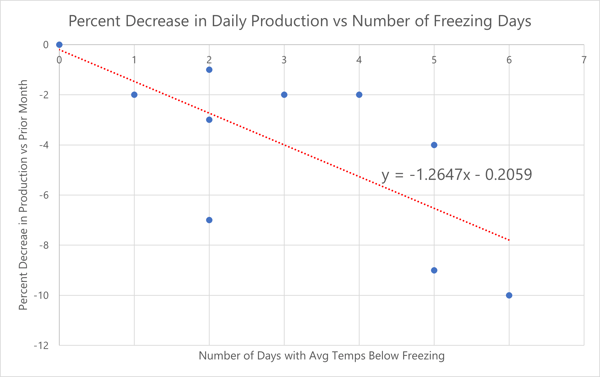 The % of production lost versus prior months is somewhat correlated to the # of days with avg temps below freezing.

This adds up to what we saw during the record lows this past winter, as well as a few other cold snaps in recent years. February 2021 had 10 days where the average temperature dropped below freezing, and we lost roughly 17% of production or 1.7% per “freezing day”. January of 2018 had 4 days with an average temperature below freezing, and production dropped by 5.4% versus the previous month. January of 2019 had 2 freezing days, and a 2.3% drop in production, and so on...

Certainly, there are compounding factors, and we don’t present this data as hard truth. But, suffice it to say that cold weather does have an operational and economic impact on the heart of US energy production, and it is measurable to some degree (pun intended).

Planning for this winter

As producers and pipeline companies prepare for this season’s cold snap, they may need to add more to their shopping list than just eggnog, Christmas lights, and new iPhones.

According to the Farmer’s Almanac extended forecast for this winter, the south-central US - including Texas, New Mexico, Oklahoma, and Louisiana - should brace for temperatures that “chill to the bone.” 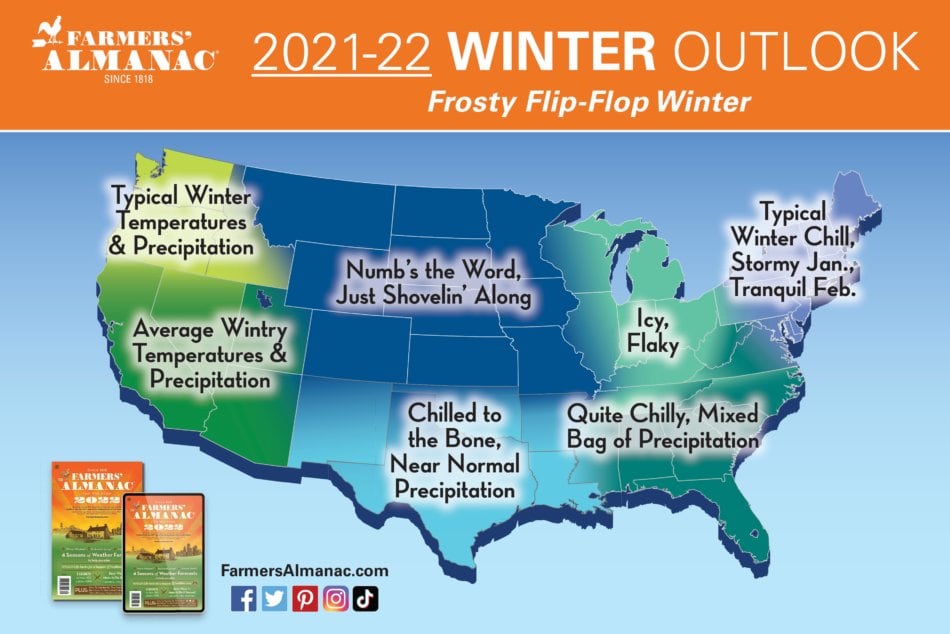 Operators in the Permian Basin should prepare for colder than normal temperatures this winter.

And while the famed climate soothsayer goes on to say that this year’s temperatures shouldn’t dip to last year’s lows, operators should be reminded of the traumas brought on by last year’s storm. Even just a handful of freezing days could bring on a 5% drop in production or more, resulting in hundreds of millions in lost sales revenue for producers and midstream companies alike.

So pull out the generators and road salt, and get those methanol injection pumps in tip-top shape, or prepare to face the harsh realities of winter and the downtime they bring with them.

Tips for automating corrosion inhibitors in oil and gas

Oilfield chemical services companies are dealing with a labor shortage