Digital monitoring systems are only valuable if we can accurately attribute information to the correct remote assets. In practice, misidentified data means that analysts think they are receiving operations data about one asset when in reality, it’s describing another. Misidentified data can quickly translate into bad decision-making that negatively impacts all assets involved.

The scary thing is that this happens very often with remote monitoring systems, and it typically goes unnoticed until it is too late. Catching misidentified data problems early is important. Mitigating them entirely is essential.

In general, the more time and distance that exists between sensor installation and backend configuration, the more prone an organization is to have misidentified data problems. It’s not uncommon for devices to be installed by one worker in the field and then configured by another employee at a later date or in another location.

Those who rely on legacy SCADA systems are particularly vulnerable to the misidentified data problem. Oftentimes, field workers setting up remote monitoring systems have to either record key-value pairs locally and translate them at a later time or call someone on the server-side to translate configuration details. This time-consuming process leads to details getting lost in translation, and key-value pairings are thrown off right from the get-go. Keys are mapped incorrectly to features in the physical world, nullifying the value of smart monitoring completely. While standards can help relieve some of the burdens of misidentification, the issue still plagues SCADA systems.

Ideally, the people who install sensors for remote monitoring systems would be able to assign backend configurations immediately under a common data standard and eliminate room for translation errors. They have the asset and context directly in front of them, which means there is a much higher chance the information received on the corporate side will reflect real-world processes and infrastructure appropriately. Unfortunately, this rarely happens in reality.

Beyond SCADA systems, misidentified data remains a challenge even for modern industrial IoT applications. IIoT devices should be “transparent,” meaning they don’t add complexity to the data pipeline. Sensors that require significant reconfiguration or edits to data structure force operations personnel to deal with another layer of data management. What companies really care about are the physical devices, not the sensors themselves. So with IoT-based remote monitoring systems, the same problems may still apply: field workers have to find ways to translate device identifiers to the cloud-side, whether through a phone call to a support team or through a web interface. The potential for “fat-fingering” still exists.

Who is affected by misidentified data?

Anyone who consumes or analyzes field data is impacted by issues related to misidentified information. They can’t evaluate performance or track network integrity without the right data inputs. Additionally, they have no way of knowing that an issue exists unless notified by field workers or catastrophic events.

As with other IoT data problems, the repercussions of misidentified data also cascade up the decision-making ladder and put leaders in a bad position to make choices related to critical infrastructure.

Operations personnel are also impacted by misidentified data fallout. They don’t have the proper context around specific devices, which means they can’t diagnose problems correctly.

What do we need to consider?

Misidentified data problems can have serious consequences. Even if organizations believe they have robust configuration processes in place, there is room for error as long as installers can’t themselves instantiate digital twins of monitored assets.

A field worker installs a new sensor on a tank to monitor liquid levels. The tank in the physical world is 20 feet tall. The worker doesn’t make a call to the server-side system configuration team immediately and instead moves on to other installations for various remote assets. By his logic, it would be most efficient to provision devices all at once over a single phone call.

Unfortunately, he misremembers the height of the tank for the first installation. In the virtual world, the tank exists as a 25-foot tall asset, a critical misidentification. A few months later, a sample comes in that indicates the liquid level in the tank has reached 21 feet. Because the virtual tank is listed at 25-feet tall, no alarms are raised. Meanwhile, many barrels oil spills onto the ground before someone realizes there’s a problem. 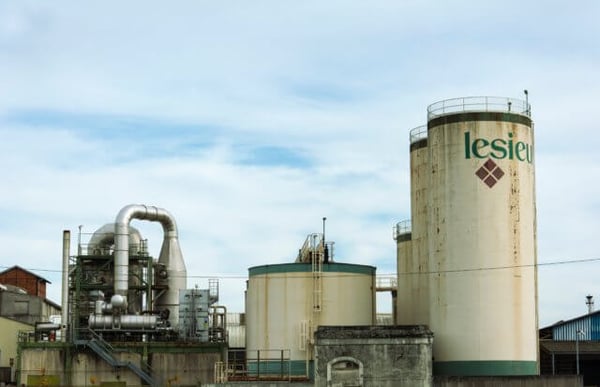 Industrial assets that have been misidentified in digital systems can cause serious operational issues. Photo by André Robillard.

Misidentified data can go unnoticed for long periods without causing too many problems. However, the consequences can be severe once anomalies do arise.

When it comes to deploying IoT devices or other remote monitoring systems, it’s important to move provisioning and identification to the edge as much as possible. By empowering field workers to provision devices on the spot without having to make an external call or log in to a web configuration portal, organizations can drastically reduce problems related to misidentified data.

What’s at stake for your business?

Every data problem that we have addressed through our blog series has negative consequences. However, misidentified data can wreak havoc on organizations and decision-making until it is fully remediated.

Use the questions below to evaluate your current capabilities related to identifying sensor data:

WellAware enables industrial companies to calibrate, identify, and capture all relevant metadata for new sensors immediately so that there is little room for miscommunication or floating information. By doing so, we help industrial companies deploy remote monitoring systems and scale IIoT networks successfully over the long term.

Do you have a problem with misidentified data?

Get a Demo of WellAware Today.